The internally developed estimation method is based on EMD-WRF Europe+ mesoscale data, downscaled to microscale using elevation and roughness data from NLS (the National Land Survey of Finland). In addition to the meso- to microscale adjustment, another adjustment is applied to the data based on data from operational wind farms in Finland. This correction factor is based on the comparison between EMD-WRF Europe+ wind speed estimates and wind speed estimates calculated from production figures for operational Finnish sites. The used production figures are gathered from Energiavirasto.

According to our validations, the WES22-method is significantly more accurate than other common models for early wind estimates such as Tuuliatlas and Global Wind Atlas. Met mast measurement-based wind speed estimates are expected to typically be within 0.2 m/s from the EWS21 estimate. 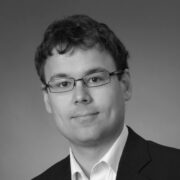 You can find out more about which cookies we are using or switch them off in settings.

This website uses cookies so that we can provide you with the best user experience possible. Cookie information is stored in your browser and performs functions such as recognizing you and your language when you return to our website and helping our team to understand which sections of the website you find most interesting and useful.

Strictly Necessary Cookies should be enabled at all times so that we can save your preferences for language and cookie settings.

If you disable these cookies, we will not be able to save your preferences. This means that every time you visit this website you will need to enable or disable cookies again.

This website uses Google Analytics and Microsoft Clarity to collect anonymous information such as the number of visitors to the site, and the most popular pages.

<p>Please enable Strictly Necessary Cookies first so that we can save your preferences!</p>